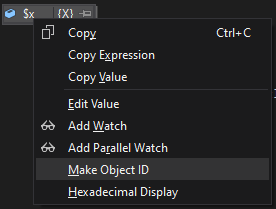 Marking an object creates a weak reference which can be always revealed in Locals window or in Watch window using $1 alias (or $2, $3, ... correspondingly). Marked objects are also marked in quick watches by its {$-index} alias. This works even within arrays and inside other objects.

Newly, the Watch and the Immediate Window allow expanding complex expressions, including results of function calls, magic properties, and complex combinations with operators.

Also, array values as a result of such complex expressions can be now expanded and listed through all its entries. It is not limited to 32 entries anymore.

IntelliSense tool-tips and error tool-tips are now shown even during debugging. Previously, tool-tips were only displayed when Visual Studio was in design mode (not debug mode).

An important part of the project workflow is automatization. With the new update, there are customizable Project Events allowing to trigger commands upon certain events. Open the Project Events in Project Properties:

Creating or editing events looks like the following dialog. 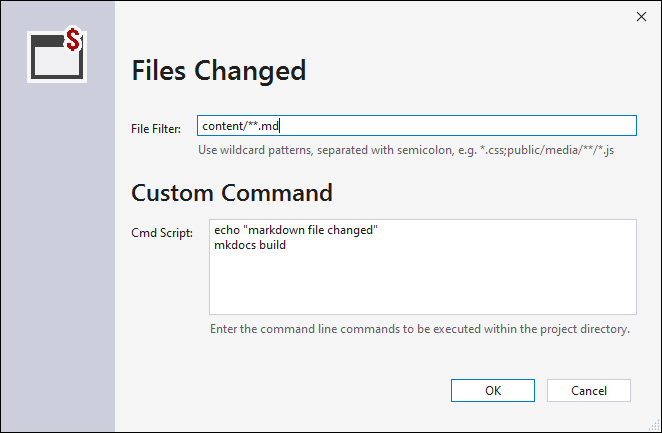 Initially, there are the following triggers:

And the following actions to choose from:

It is now possible to specify wildcard file mask to simply ignore files or folders from being tracked by the Remote Explorer. Folders or files matching the Ignored wildcards won't be shown and won't be uploaded to the remote servers. 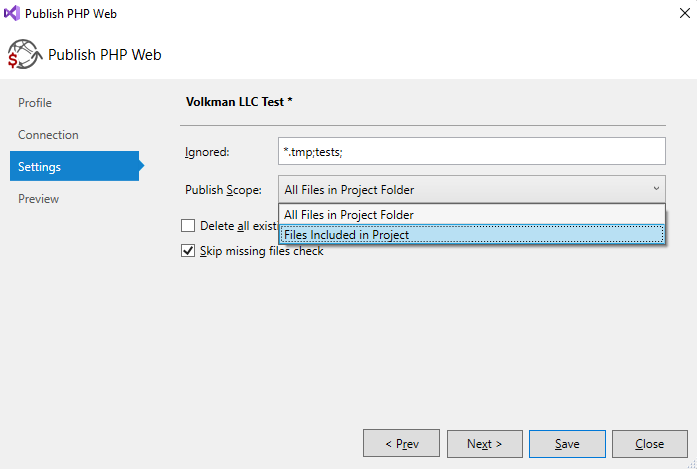 Finally, the Remote Explorer respects the legacy setting - Publishable - which could be set in project items properties. File items annotated with this project property are ignored by the Remote Explorer. This feature requires you to set the Publish Scope to Files Included in Project.

We have made improvements when configuring automatic uploads to the remote server. It is more configurable, using the new Project Events, and the option is more accessible.

Open the Remote Explorer and change the Auto setting. Clicking Manage Project Events opens all the project events, where additional settings can be changed.